Featured In The Press

You are about to become famous!

We find that couples love to see all the hard work and beautiful wedding details featured for the world to see. We know the secrets to get published and work with the right vendors to make it happen!

These are just some of the magazines, blogs, and publications we have had our weddings and events featured recently. 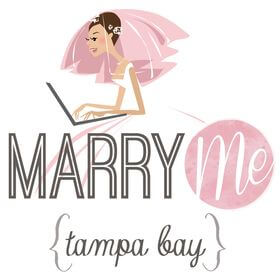 Planning a memorable St. Petersburg wedding requires hiring the correct wedding pros. Everyone has their specialty and duties for the day to make it flawless. However, you need to thoroughly discuss these responsibilities with your wedding pros. Are you bringing in some of your own decor? Who’s going to put it out? Don’t have a wedding planner? Who’s going to collect your gifts, personal items, cake etc. at the end of the night?

Many couples assume that these are all items that your venue coordinator will handle. While some coordinators include more extensive services, others do not; every venue is different so double check what’s included with your wedding package. St. Petersburg wedding planner Tammy Waterman, owner of Special Moments Event Planning, (and the only Master Wedding Planner in the Tampa Bay area) shares insight “The Difference Between a Wedding Planner and Venue Coordinator.” 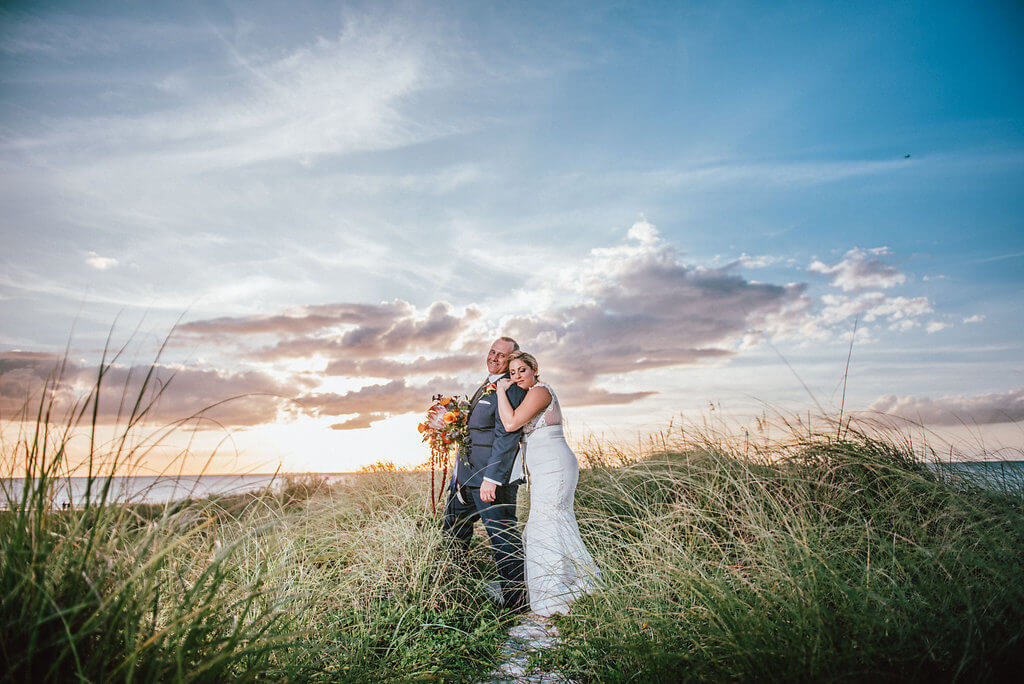 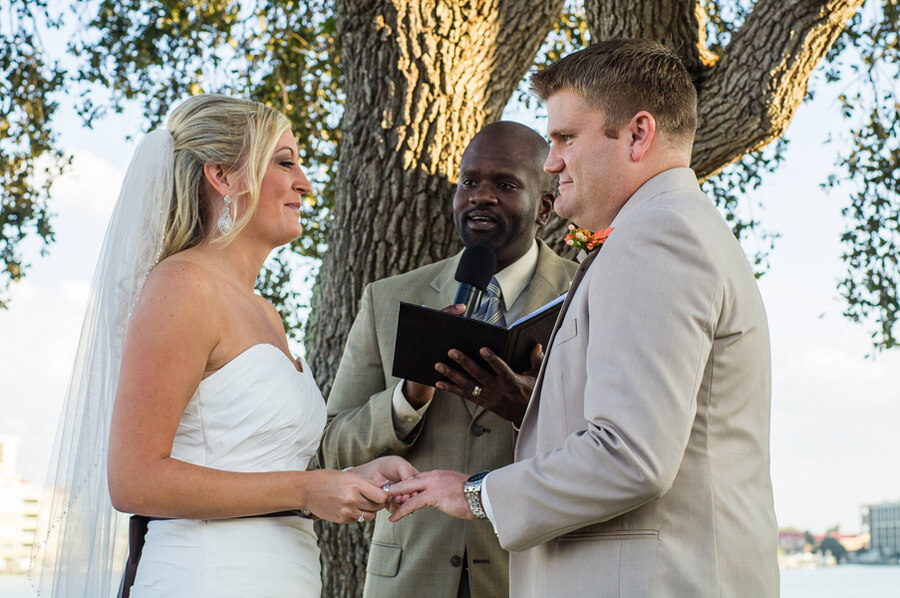 This seaside wedding boasts delightful gerbera daisies and seashells with a neutral color palette of brown, beige, orange & fuchsia. I always get giddy with beach themed decor, and I love how people are getting more and more creative with this theme.  The rustic elements add that extra bit of charm that we love! 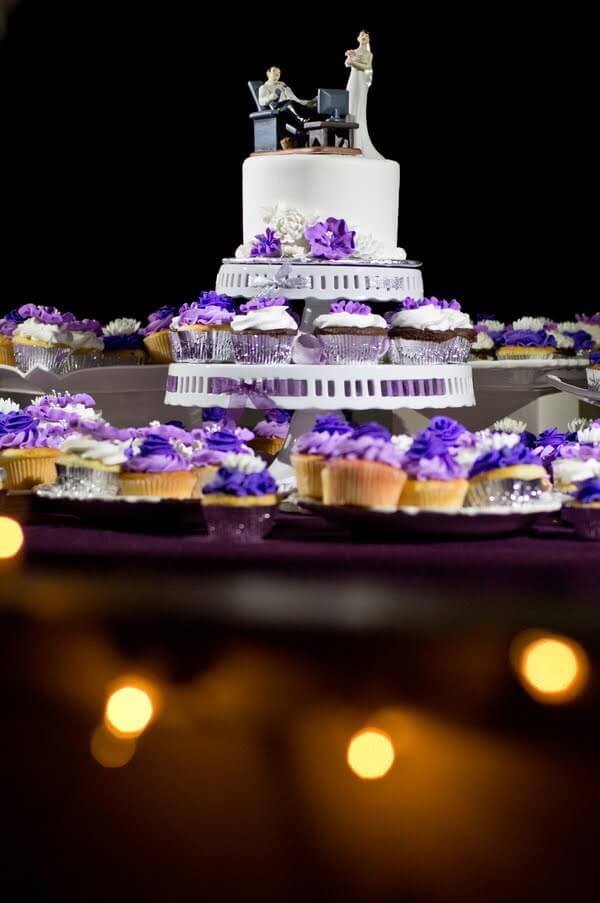 Lucy and Michael’s beautiful backyard soiree was held at the bride’s family home in Largo, Florida. Grind and Press captured all of the lovely details from the wishing tree guest book to the chandelier that dangled spectacularly above the dance floor.    The color palette of grey and purple were an awesome pairing and made for vibrant and festive images.    The couple showed their whimsical side by incorporating our Couch Potato Groom cake topper. 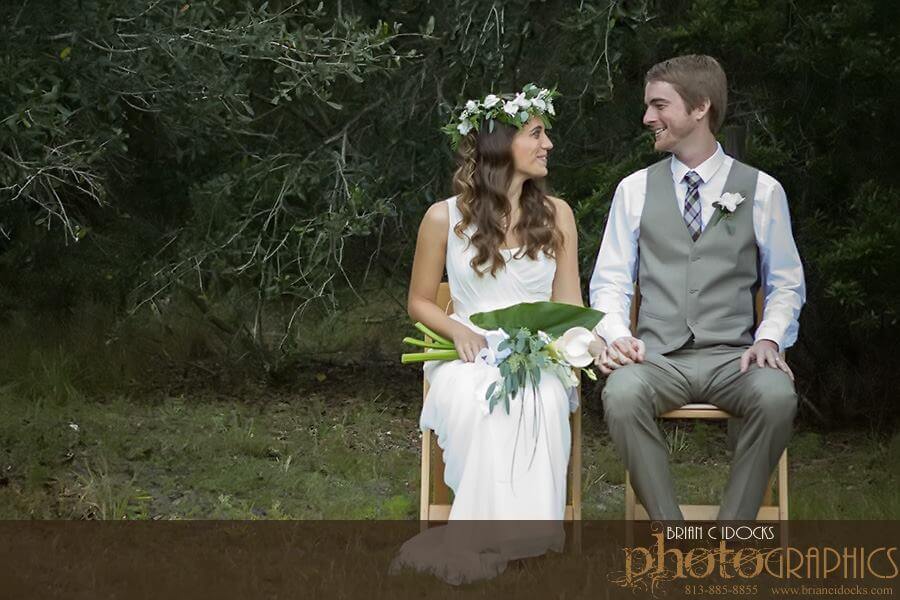 It’s all about timing when it comes to relationships. Luckily Tampa Bay couple Jamilee and Eric were in sync. “We met on Match.com. Eric’s subscription was just about to run out and mine had pretty much just begun. We exchanged a few emails and then gave out our home email addresses so we didn’t lose each other when his subscription ran out. We met up a few weeks later and hit it off. I was telling my family in just a few weeks that I was sure he was the one I was going to marry,” the bride reminisced. 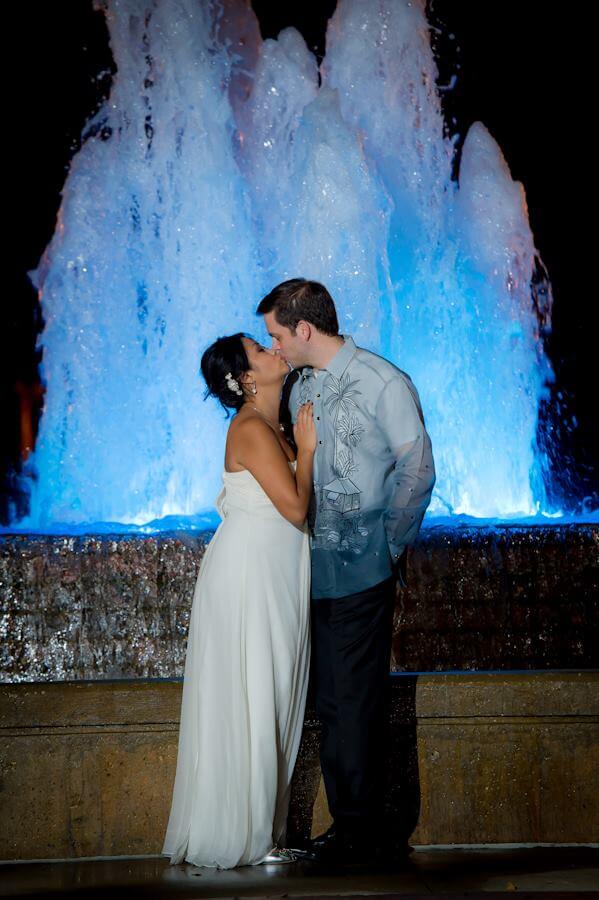 South Tampa couple Tara and Fred met through mutual friends, and after some persistence from the groom, they went on their first date to P.F. Changs.

They became an official couple on New Year’s Eve and were engaged a year and a half later while vacationing in St. Augustine. 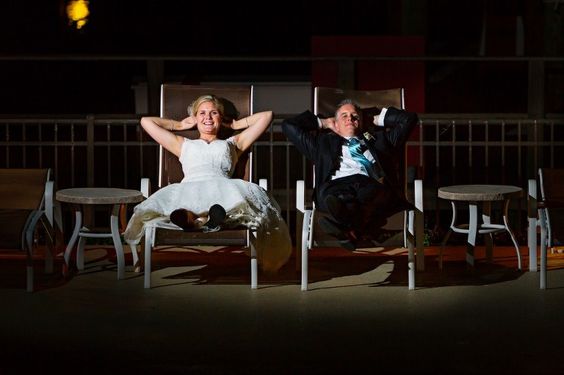 Elizabeth and Jason met at a pharmacist conference in New Orleans and stayed in touch until their next meeting six months later.

“It was then that Jason and I had our first date,” Elizabeth explained. “Jason was living in Pittsburgh and I in D.C. at the time, so after the first date we began our long distance relationship.”

After dating more than two years, Elizabeth relocated to Pennsylvania to be with Jason, and 1 1/2 years later he proposed. 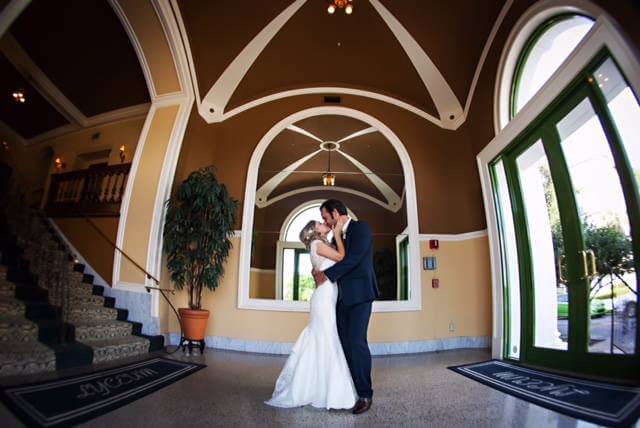 “We did not have a particular theme but wanted to focus on family, whether it was with photos, speeches or the twist that when people clinked their glasses, other couples had to stand up and show us how to kiss. We even included a tree decorated with prior family’s wedding photos and made sure to mention all those who could not be with us,” the bride shared. “Our love for adventure came out in the party favors, which were brass compasses decorated with paper tags that read, ‘Let the Adventure Begin.’ Our wedding planner added a chalkboard sign on the favors table that said, ‘Where on Earth Is My Table?’ and each compass included the table assignment.” 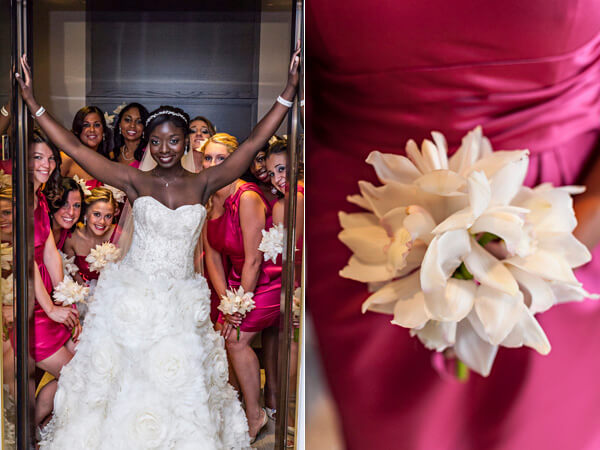 Oluwatitoyin and Shomari had a real cultural fusion at their wedding. They combined elements of the bride’s Nigerian Yoruba culture with influences from the groom’s Caribbean roots. The combination created a beautiful masterpiece of joy, celebration, and cultural fusion. Their special union was photographed by Bryan Glynn of BG Pictures Photography. 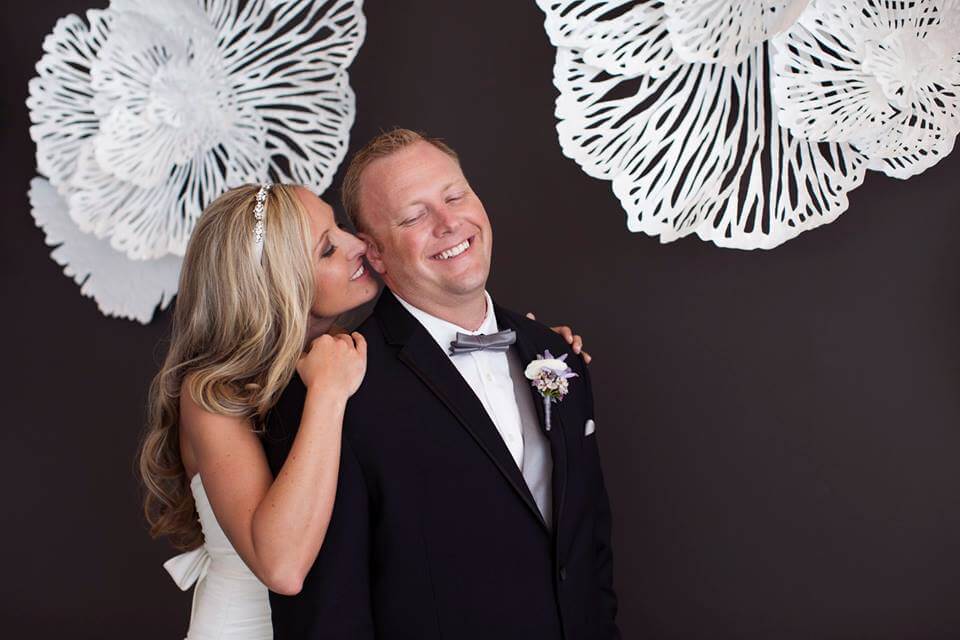 “Since our wedding was on the smaller side, 60 guests, we wanted each decision, from the table décor to the attire and rings, to be simple yet elegant,” the bride explained. “Our attention to details including the flowers and arrangements as well as unique favors made the day fun and intimate for friends and family.” 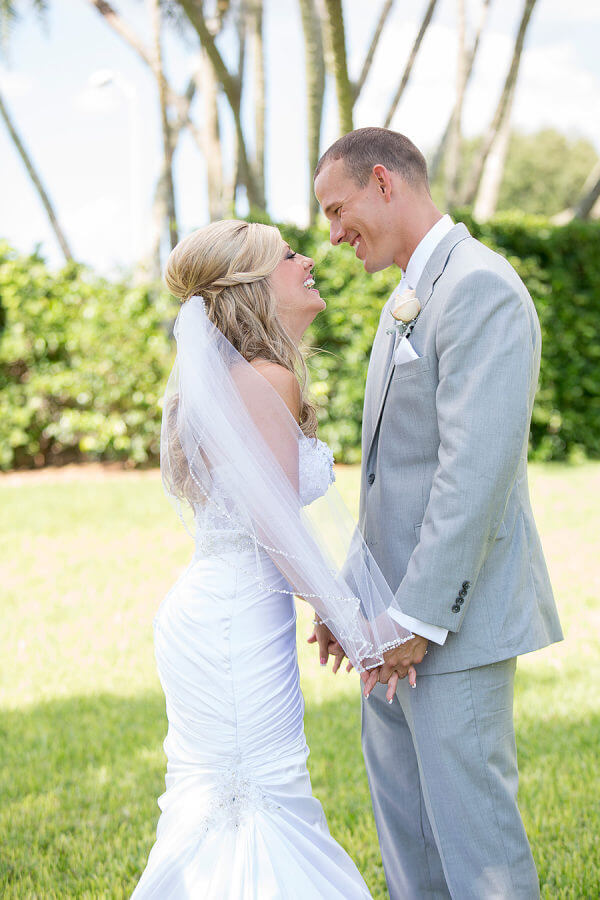 This wedding goes beyond the standard gorgeous fare. The pretty pastel florals by Iza’s Flowers or the glamorous details by Special Moments are all making an appearance. But what really strikes a cord is that all those pretty moments were planned by the Bride-to-be while her love was deployed over seas. And the culmination of all that love and planning and waiting is so, so sweet. Have a look at all the imagery by Captured Photography By Jenny right here.